While I can leave my desk for an extended time, I can’t afford to drop off the grid. Before I could do more than just plan a get-away I had to solve that problem. To the rescue came Delorme’s inReach SE 2-way Satellite Communicator.

It allowed me to stay available to VIP customers and as a by-product, family knew where we were at all times.

Another by-product was that Delorme’s Explorer App not only acted as a console for communications but we had a continuous map display on our iPad. 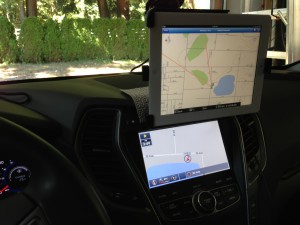 We were able to “see” what was around us, which added an extra dimension to our travels. 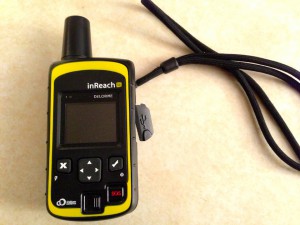 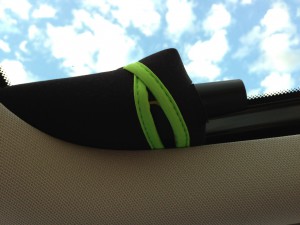 The inReach SE lived under the Pano Roof occasionally but eventually I found a good spot on the dash.
I charged the SE every couple of days via 12V USB adapter or a Juice Pak.
The unit stayed on 24×7. It was set to drop a breadcrumb every 10 minutes when on the move and every 4 hours when parked.

It checked for messages every 10 minutes and it could not contact a satellite to do it’s thing it flashed a red LED and said so on the App. It only happened occasionally when we were in deep tree cover, I.e. almost 100%. Remedy was to give a view of the sky for a while.

Family, friends and VIP’s where able to log onto Delorme’s site follow our travels and to send us a messages. Messages are normal text messages of up to 160 characters. 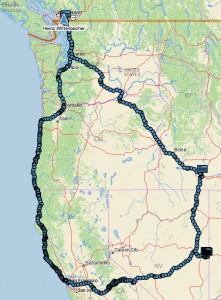 It allowed me to enjoy some off-the-grid camping and not worry about business too much, at least for a little while.

Cost? I found it reasonable compared to what I’ve had to do in the past with extra cell subscriptions, etc. I thought about a Sat Phone but considered it too expensive and too bulky. I had no problems with simply getting a text that I was needed with an idea as to priority so that I could decide how to best “call back”. It gave me peace of mind since I’m not in a position to completely disconnect from work.